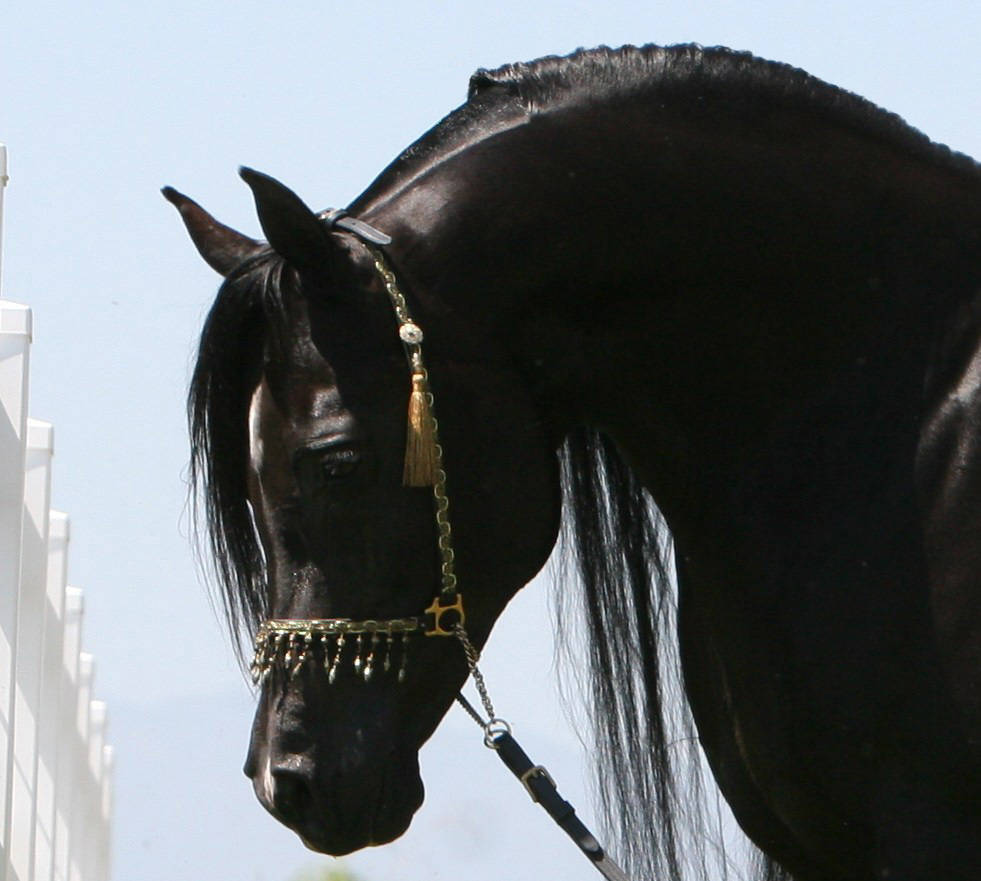 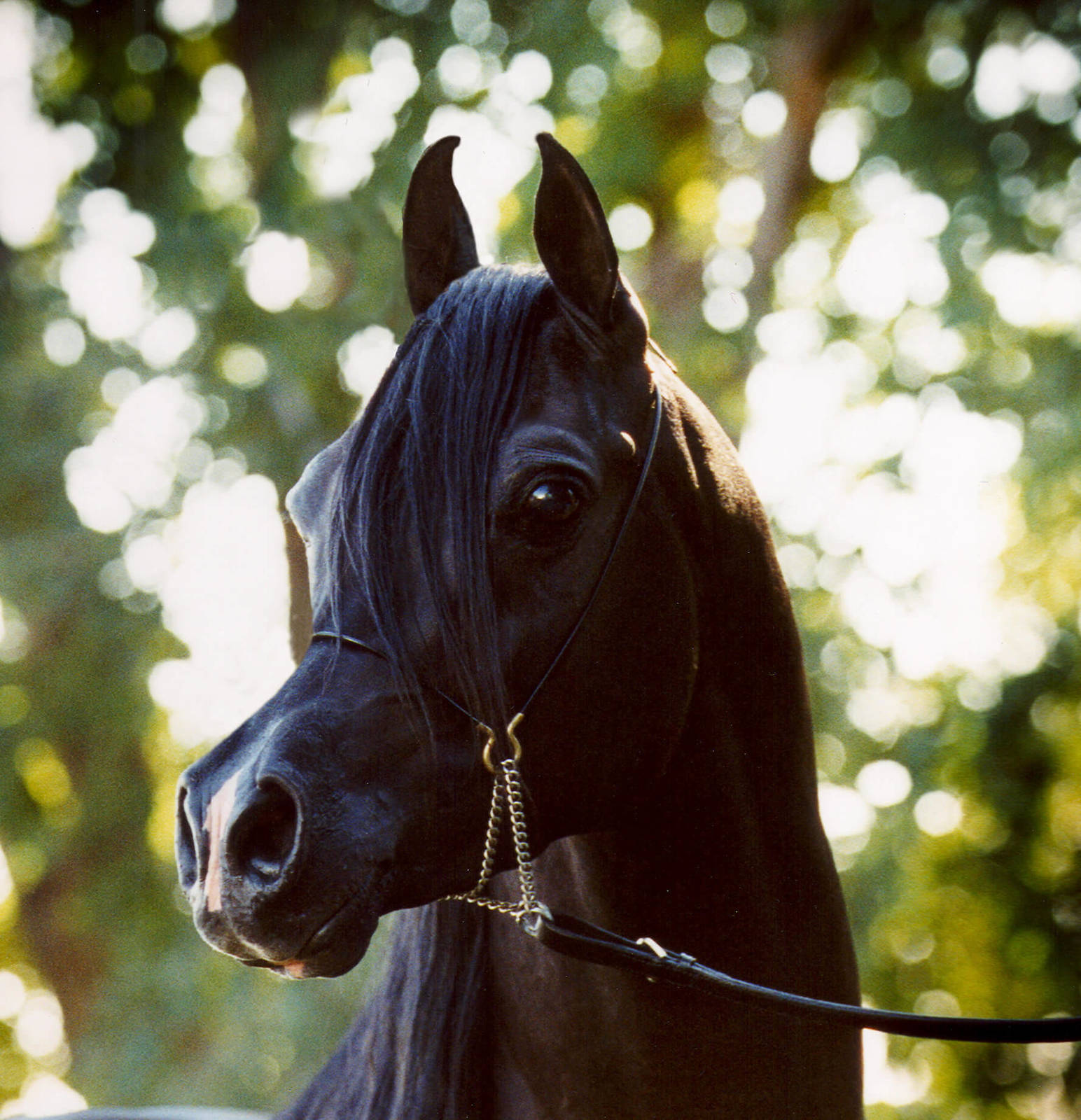 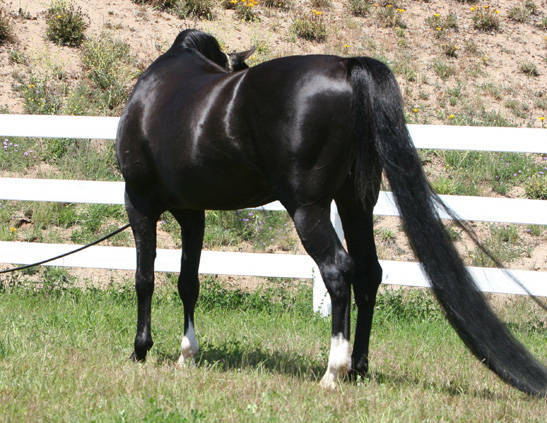 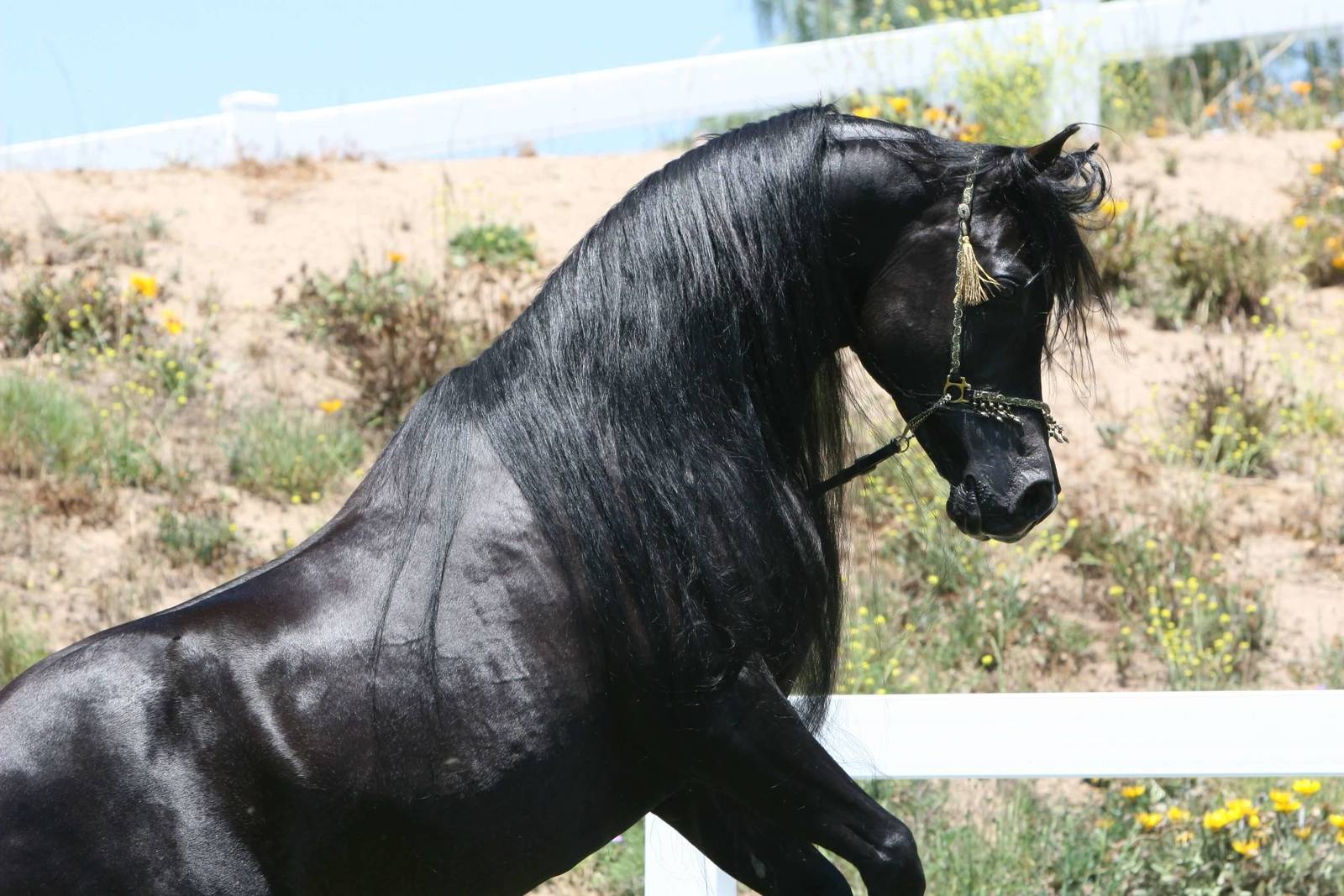 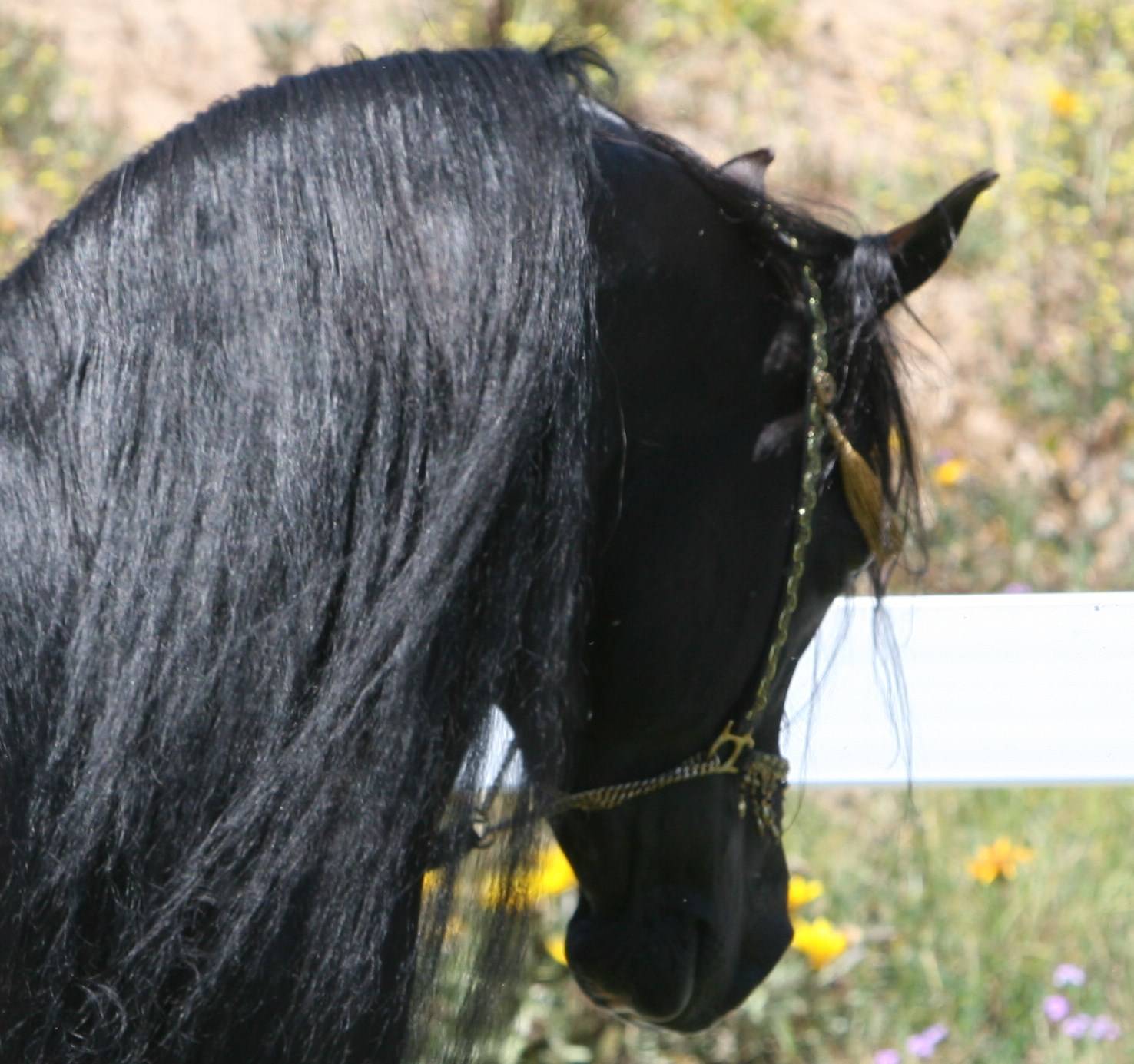 These are the last doses of his frozen semen.
No more breedings will be available after the semen is sold.
We will retain enough doses to ensure that any re-breeds will be fulfilled.

Sheikh has an outstanding temperament, loves human interaction, has lots of personality and will do anything that you ask of him with ease.  He is great around children and other animals.

He is wonderful with the mares and with his foals. A true professional in every way.

Sheikh is extremely agile and athletic.

Along with his offspring, he truly is one of the sweetest horses that we have ever known.

One day, two eight-year-old girls brushed his mane for 45 minutes while he stood in his pasture with his hoof rested, head lowered so they could reach, while not even wearing a halter. He did not move when one of the girls dropped a brush under his belly, lost her balance trying to pick it up and end up rolling to the other side of him in the process. This may be ordinary behavior for geldings but not necessarily for a breeding stallion with mares standing beside him.

Sheikh is observant and dependable in any setting and I do not recall ever having a bad day with him.

He has us completely spoiled, as far as stallions go, that is for sure. The best part is that he passes his wonderful temperament to his offspring!

We appreciate that his offspring are rare black Straight Egyptians but we really love that they are wonderful to be around!

They adore people and keep us company while we work around the farm, no matter how boring the activity must be for them. They are entertaining, smart, affectionate and easy to work with for daily activities.

99% - 100% of our sales horses are exported each year. Many go to the Middle East, Europe, Asia, Australia or South America, to be used for showing and breeding, while others have gone to grandmothers or homes with young children. We trust that we are sending horses that will take good care of their new owner's, as much as we hope that the horses have found loving homes.

Although Sheikh has a quiet demeanor while we are with him, he definitely knows how to bring on the charisma when it is time to show off his athletic talents! He always puts on quite a performance when he knows that he has an audience or when it is time to impress the mares.

He is just the type of stallion that I love to be around, one that behaviorally, you would never guess is a stallion until it is time to breed and even then, he is a complete gentleman.

He is incredibly intelligent. In his previous pasture, he regularly used a stick to try to knock the out of reach apples off of the tree so he could eat them. He was not very good at it but his intentions were obvious. It was really remarkable to watch, since horses aren't supposed to be able to use "tools”. I am grateful that I captured his attempts on video!

He typically lives in a natural mixed herd environment, sharing his pastures with his mares and his offspring.  It is heartwarming to see him gently nuzzle his newborn foals and watch over them while they sleep or teach sparring techniques to his older sons. He knows just what to do at each stage of development.

When we lived in the mountains of Montana, he demonstrated his bravery as a protector and chased off bears on at least two occasions that I witnessed!

His offspring have demonstrated that they can excel in halter as well as performance, knowing when to turn on the energy and when to stand quietly. They seem to fall asleep while they are getting clipped but have all the "snort and blow" that we want to get the judges attention in the halter classes.

In addition to Halter, his offspring have been successful in a vast array of performance venues, from top levels of Dressage, Reining, Hunter Jumpers, Eventing, working cattle (on the range), English and Western Pleasure, Endurance Racing and family trail horses. I know of two of his daughters that are Therapy Horses. There is one stallion, in the Eastern US, that pulls a cart as a means of transportation for his owner and another Sheikh son is a Mounted Sheriff's Posse horse.

I am always amazed by the diversity of Sheikh's offspring. They have proven that they can excel in wherever their owner’s passion takes them.

Pedigree experts are typically enthusiastic about Sheikh's sought after Straight Egyptian pedigree. We were asked to take part in a research study by sending in Sheikh's hair. They are tracing Sheikh's mitochondrial DNA, as he was identified as having rare lineage in his pedigree. The results will be published in scientific journals as well as Arabian publications. He has been featured in books over the years as well.

Sheikh has outstanding fertility.  A few Veterinarians have taken the time to call to report that Sheikh's frozen semen is the best they have seen during their entire practice. It is reassuring to the mare owners to know that he is very fertile and it makes my job easy for shipped semen!

His frozen semen is excellent quality and was collected when he was age 4.

Although all of our horses are loved, there is something very special about Sheikh that is difficult to put into words. He is a special soul that will fill our hearts with love and gratitude always.

We are so grateful that Sheikh found a loving retirement home, on 200 acres. He now roams freely with his mares and foals, on the beautiful grassy hills, watching his foals run and play around the waterlily pond or relaxes midday with his family, under the shade of the old growth trees.